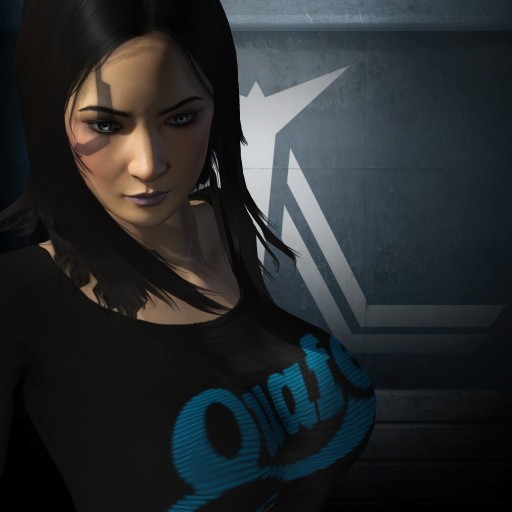 I'm a character in the science fiction MMORPG EVE Online.

"I was just no one, but then I met Niraia and now I'm popular, rich, and can drink quafe every day."

"Niraia has the best ass to snort x-instinct off of."

"When you are courting Niraia an hour seems like a second. When you sit on a red-hot cinder a second seems like an hour. That's relativity."

"In Theravada Buddhism, Niraia is the place where only the most experienced and skilful lovers reside. In my dreams, I visit this place every night."

"Niraia is the only flare of light in the abyssal depth known as Cynosural Field Theory. Like a beacon of hope guiding my probes in the torrents of puerile babble while I explore the far reaches of their home territory."

"I never knew true beauty until I saw Niraia, when she let me drink her Quafe I was lost forever."

"Niraia...what can one say about a legend? Who so gently but firmly wields the Whip of Command over her acolytes....errr, I mean EMPLOYEES. And who has so perfected the wielding of mailed fist under silken glove? THIS. IS. NIRAIA."

"I wasn't much of a man until I met Niraia. Just remember to never play cards with her, Niraia always wins!"

"We spoke of philosophies, of the image we create for ourselves in a virtual universe. The implications of our actions and words. With each passing verse of thought I knew I was not alone."

"Even if everything goes to shit, and I'm close to dying to the infinity of boring space, magical Niraia makes me happy and puts a smile on my lips."

"Niraia is a great programmer when you hold a gun to her head. If you want your work to be done quickly, you might need to take out her knee caps to let her know you're serious."

"Well, Niraia, if you run for president you have two quite promient points at the front of your election campaign right there." - CCP Falcon clearly endorsing Niraia as candidate for President of the Gallente Federation

Beyond the ample ornamental adipose that adorns so decorously the slender ribcage of Niraia beats the refined and noble heart of a scholar and poet.
And yet too is there endearing vulnerability in her delicate spirit, a colourful bloom kissed by fragile frost, a joyful flame struggling to shine in cold and pitiless vacuum. To know her is a pleasure, to be loved by her a privilege.

Though we are far apart at present, my heart is with you every moment, for I often think of you when you are asleep.

Niraia is the human embodiment of everything that holds us together.... love
#TeamNiraia

Thus is the accounting of Niraia's glory:
Her fair beauty unparalleled,
Much of her life sounds a fabled story,
But it is by many personally beheld.

Watching Niraia walk away,
You'd scarcely believe your eyes,
That ass was dank, its viewers would say,
Most jealous of her spies.

'Tis said that when Niraia would leap,
The entire world stood still.
She'd be most amused and think not a creep
Of those who kept Niraia's naughty pictures on their sill.

When a poor man met Niraia he'd find
That his luck had finally turned.
For what was once a daily grind,
Became riches so mercifully earned.

If ever for CSM Niraia swiftly ran,
She'd be instantly made their chair,
EVE stands to gain from her benevolent span
Carried by her sweet derriere.

One day left lovely Niraia at a loss
When an enemy stole a Domination tower,
But her influence and greatness proved to toss
That nameless enemy right out of power.

If one has looked into Niraia's gaze,
They know her eyes fiercely dance
But only a select few have the blessed ways,
To step into Nocturnal Romance.

Here is a log of my third party transfers. Mail me in-game if you'd like me to help you out!